IVF Statistic Manipulation and How to Discover it 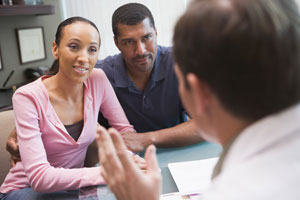 Critics of using IVF success statistics like Live Birth Rate Per Transfer as a method of evaluating the quality of a fertility clinic say that statistics can be manipulated. There is no doubt that this is being done. But is the answer really to prohibit comparison?  Isn't it more desirable to expose these manipulations and educate prospective patients on how they can be detected? Many medical professionals would say that most patients are not capable of making this kind of detailed analysis. Really, they say that.

I have seen plenty of examples where savvy patients are digging deeper into the data to make highly informed treatment decisions. The purpose of this post is to encourage that deeper investigation by shedding light on how some clinics may act to protect their success rate data. Let's educate instead of obfuscate.

Consider that there are two broad groups of fertility patients seeking treatment at IVF clinics. One group has an ideal diagnosis; the couple has been trying to get pregnant for 6 to 18 months and have no major indication that IVF will fail. This ideal patient group has the best possible chance of successful treatment. Their doctor recommends IVF and is pretty confident that the couple will have a baby on the first try.

On the other side, there is the second group of patients who do not have such a great diagnosis; maybe they had a few failed IUI cycles and are dealing with some issues like advanced maternal age or Endometriosis. In this situation, the doctor is sometimes inclined to recommend other treatment options such as egg donation or even surrogacy. Despite this advice, some patients will insist on trying IVF with their own eggs, totally aware of the very limited chance for success.

The doctor now has to make a decision. He or she can take on the challenge of a difficult case and help the couple go through IVF, which will most likely lower the clinic’s success rates. The other path is to insist on other treatment options and refuse IVF. This course of treatment will most likely be successful and not harm the clinic's success rates. Of course the patient can always seek treatment at another clinic, which is willing to perform IVF despite the odds.

The doctor's decision can be made with good intention in wanting a successful outcome for the patient or less than noble intention in only wanting to preserve the clinic’s success rate. Letting the couple go through IVF despite the great chance of an unfavorable outcome can show that the doctor is compassionate and cares more about the patient than the clinic's success rates.

However, the flip side of insisting on going straight to egg donation can be seen as more compassionate because it will save the couple time, struggle and cost associated with an IVF cycle that will most likely fail. It is really the question of how many patients a clinic has in this most challenging group, the course of action they take and the intention in taking that action. As we can never really know the true intention behind the action, the following should only be seen as potential indicators of manipulation. As always, a direct conversation with the physician you are considering is critical to making the most informed treatment decision possible.

What are the indications of the degree to which a clinic is protecting their success rates?

Average Number of Embryos Transferred: With very good reason, one big objection some experts have with using Live Birth Per Transfer as a measurement of success is that it will encourage physicians to engage in risky practices like transferring a high number of embryos to increase the chances of a successful outcome.

Number of IVF Cycles Per Age Group: The likelihood of success is greater the younger the age of the woman. While it is true that there are generally more younger women seeking treatment, if a clinic has a significantly disproportionate number of their total cycles in the age group for women < 35, it may mean that they are turning down prospective patients of advanced maternal age in an effort to increase their overall

Percentage of Canceled Cycles: An IVF cycle can be canceled by either the physician or the patient. There are a number of reasons a cycle could be canceled. One reason is that the physician refuses to attempt transfer of embryos after the initial egg retrieval. Since Live Birth Per Transfer is a closely monitored statistic, canceling an IVF cycle before attempting transfer will preserve this number while still keeping a high total number of cycles.

So, what do you think? Are there other forms of data manipulation that you have come across? Post a comment. Let's talk about it.

Marketing For Fertility Centers
We Bring Patients To Your Practice
Get Started Today!
Learn More 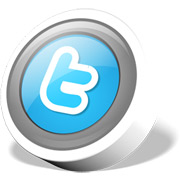